We all know the Oregon Coast is epic. Its vast coastline boasts rugged cliffsides, dense temperate forests, pristine beaches, wildlife galore, and plenty of hidden gems along the entire 363-mile stretch. But did you know that all of this is public land?

In 1967 the State of Oregon passed the Oregon Beach Bill, which established free and public access to Oregon’s coastline, including 16 vertical feet above the low tide line so that homes with beachfront backyards would not interfere with the public’s ability to enjoy the ocean. Oregon is one of only a few states that have established this access to the people, and Oregon’s public access law was even reinforced by the Supreme Court in 1969. Thus, this part of the country is frequently referred to as “The People’s Coast”. 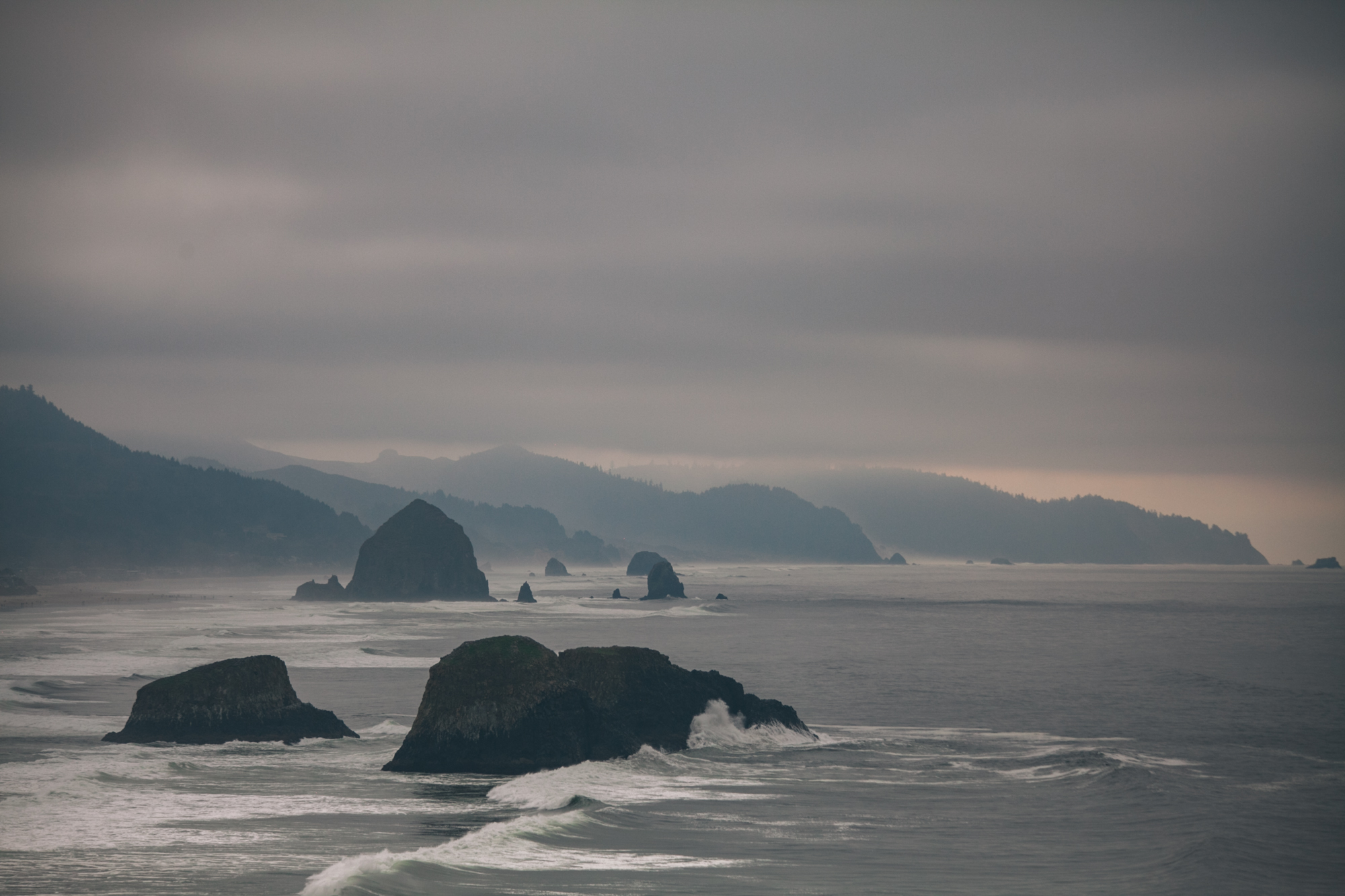 Oregon’s coastline is broken down into three sections.
1)The North Coast: Astoria to Lincoln City
2)The Central Coast: Lincoln City to Florence
3)The South Coast: Florence to Brookings-Harbor, near the California Border.

To begin exploring the People’s Coast we have put together an ideal day on the North end, beginning at the famous Haystack Rock (Goonies Never Say Die) in Cannon Beach, just a 90-minute drive from the Portland metro area. Cannon Beach is part of the traditional territory of the Tillamook Tribe and was formally named after a cannon from the US Navy ship ‘Shark,’ washed ashore in 1846.

Formed out of lava that flowed from the Cascade Mountain Range, Haystack Rock is a result of the lava sinking deep below the ocean, cooling and hardening into black basalt rock, and over time (millions of years) the basalt was pushed upwards as plates shifted, creating what we now see emerging 235 feet out of the ocean. Three additional smaller rock formations known as The Needles lie just to the south of Haystack. The rock is home to a variety of tidepools full of sea life and many species of birds, including puffins who make their way to the rock in the spring and summer months. The rock and its intertidal areas are one of only seven Marine Gardens in the state of Oregon, as well as part of Oregon Island’s National Wildlife Refuge. If you visit in the summer and get extra lucky, the tide may be low enough for a couple of days and you can walk all the way around the rock. It’s pretty spectacular to see! 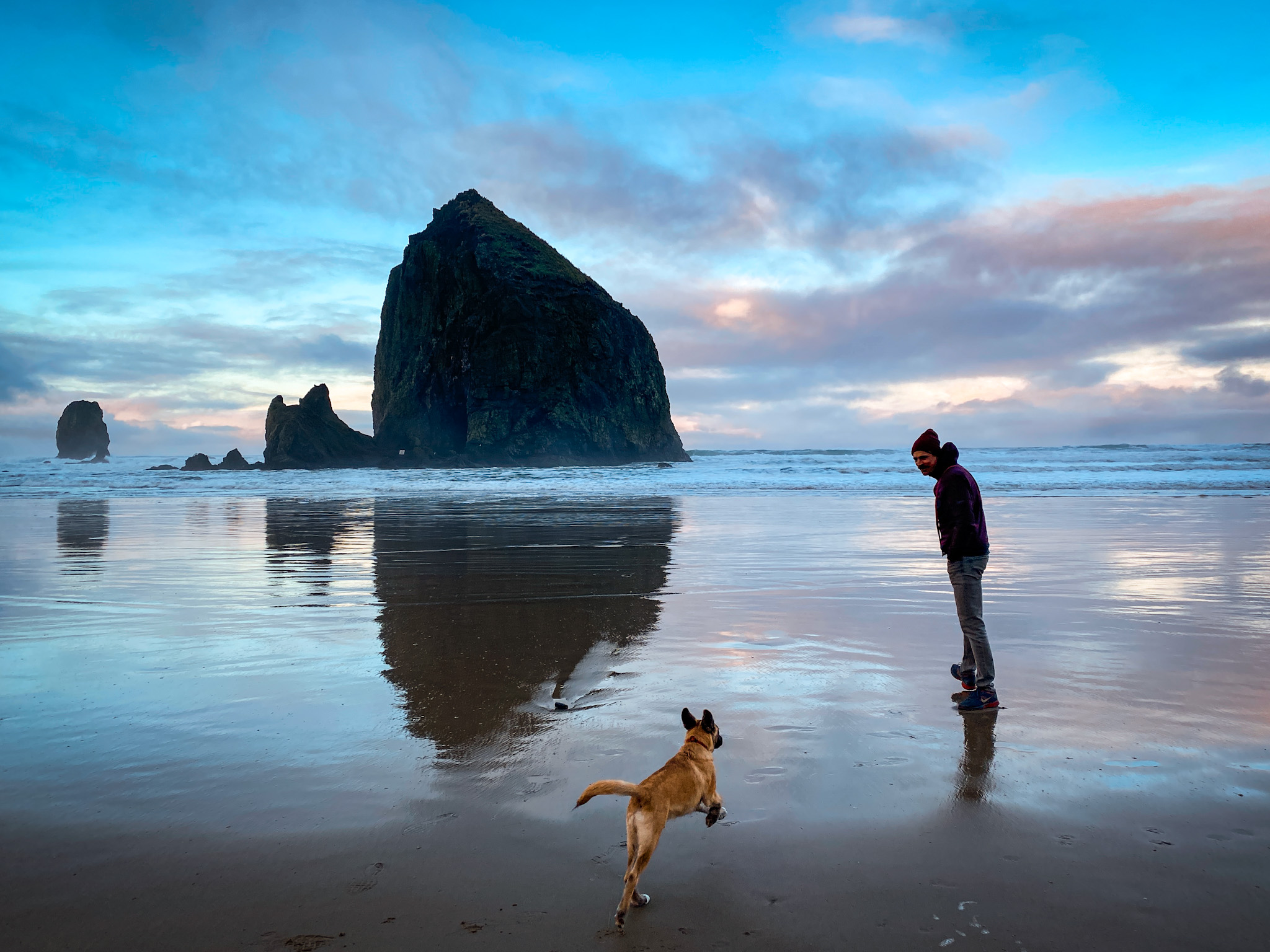 After spending the morning exploring Haystack, a mile-long beachcombing stroll will lead you to Sea Level Bakery + Coffee. This cozy spot is the ideal place to grab some fuel for the next leg of your adventure. Their banana bread is perhaps the best we’ve had…topped with crunchy coconut flakes and macadamia nuts…pair it with an oat milk latte for a winning combo.

Oswald West State Park covers over 2,400 acres of Oregon’s North Coast and begins about 10 miles south of Cannon Beach. It’s a fitting stop on our tour as it is named after the 14th Governor of Oregon who spearheaded the bill to make Oregon’s beaches public. If you’d like a challenging adventure you can hike up to Neahkahnie Mountain for epic views of the ocean and surrounding Oregon Coast mountain ranges. The final few meters are a rocky scramble but well worth the effort. For a muddy and rooty hike/run check out Cape Falcon Trail, a 4 mile out and back through coastal forests to an incredible cliffside where you can stop to collect your thoughts and take in the beautiful views your legs just earned you. Pro tip: plan this route for sunset on a clear day–it’s one of the most amazing spots in the area to watch the sun go down.

Now that you’ve worked up an appetite, head back to Cannon Beach and hit up Public Coast Brewing–appropriately named to keep this adventure theme alive! Place an order for their fish tacos and bring them back to your private cabin in the trees, The Haystack Haus. This well-appointed coastal getaway is outfitted to be the ideal retreat after a day of exploring. The hosts will even help you out with curated adventure planning and each guest is welcomed with locally roasted coffee beans, salt-water taffy made at a candy shop just down the street, and an assortment of seasonal, Oregon-made treats. 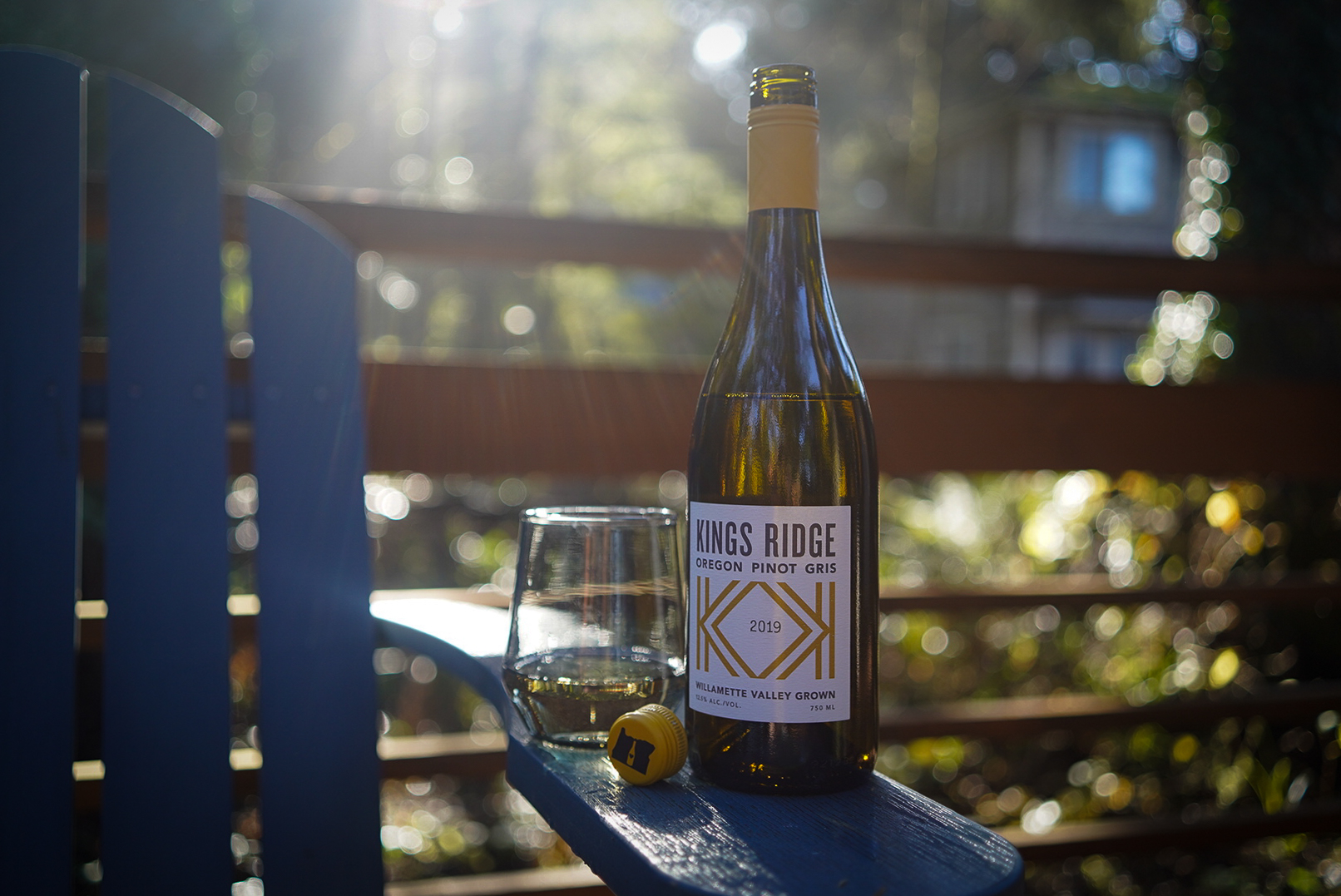 Did you think we would forget about wine? No way! Our Kings Ridge Pinot Gris is the perfect pairing for your fish tacos and a stellar way to celebrate a day well spent. Crafted with grapes from the coolest parts of the Willamette Valley, this crisp and refreshing white wine will become your new go-to after a long day outdoors. Cozy up in the Adirondack chairs on the back deck of the Haus, open up a bottle, and cheers to The People’s Coast, your coast.